So the league keeps on rolling, and were into bye week season, when a 3 day gap in games feels like an utter eternity and the week cant advance quickly enough for some. We’ve had some scintilating performances already, including our first shutout, first blocked FG that was returned for a TD (both courtesy of the Chiefs in their 30-0 victory over the Jets), a number of ding-dong shootouts including the week 3 games of the Falcons v Saints (as predicted by this blog) and the Chargers v Colts.

One of the other major talking points to date is the amount of significant injuries that have been suffered around the league. These include:

This is really testing some owners as they look to provide cover for these star players, and with surely move to come as the season progresses, we could see them having a big impact on the final standings come week 17. 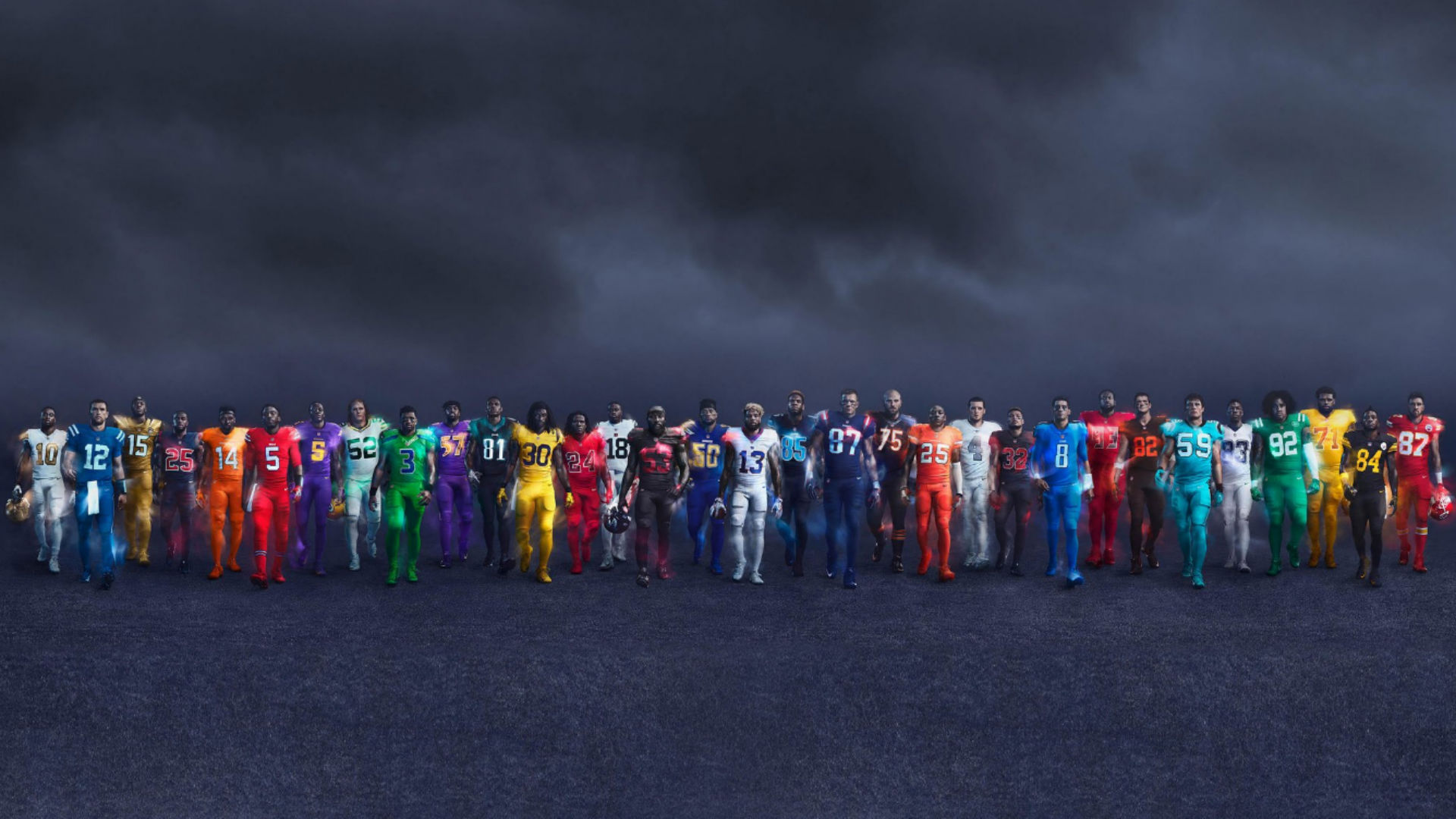 Excitement is gripping the league as this seasons NFL Colour Rush uni’s have been added in, allowing teams to wear them all season round and vastly improving some teams poor uniform choices.

Its the Start of Breast Cancer Awareness Month in OOH Madden

We have 15 games this week, with the Packers and the Eagles on byes. A preview of the biggest games are below

MIA vs. CIN
IND. vs JAX
BUF vs NE
CAR vs ATL
CLE vs WAS

DET vs CHI
A divisional showdown involving 2 of the leagues ‘Big 4’, what a game this savours to be. The Lions enter The Lions enter 2-1, but are missing MLB Zavier Gooden and WR Marvin Jones, whilst the Bears are 3-0 but missing star-wideout Alshon Jeffrey. Expect a tight defensive battle, likely to be settled by a crucial turnover in the 4th quarter. This should be a game for all to crack open the beer and popcorn and enjoy via OOHMadden TV.

DAL vs SF
The 49ers, with early MVP candidate BLAINE GABBERT!!! head to Jerry World to take on the nemesis from a previous life. We don’t expect any 300+ yard games from Dez this time around but Tobli could prove to be CBs first real challenge as he looks to ascertain his dominance over the rest of the NFC. Expect a real battle of the trenches as both look to make the most of young HBs Ezekial Elliot and Carlos Hyde.

NO vs SD
Another showdown between two of the top owners in the league. SD have been involved in 2 shootouts already this season, taking a no prisoner approach to offence knowing that they don’t have the defensive might keep it tight. The Saints are the same boat, and with two of their starting DBs on the physio’s table this is likely to be another high scoring encounter. We expect New Orleans to just come out on top in this dual,  thanks to owning the better of the two offences.  Another one that’s a must-see!

KC vs PIT
NYG vs MIN