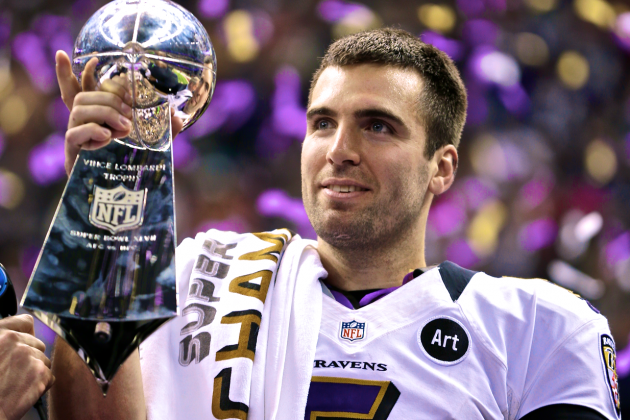 Flacco was back on the podium in Season 1……could he possibly make it a repeat and get a third ring and join the elite qbs of the game?

After the euphoria of the Ravens bringing the Superbowl back to Maryland for the first time since 2012, and the madness of the FA and Draft season, 32 teams are cut to 53 and ready to rumble for the OOH Madden Season 2. Some tough and testing lie weeks ahead will provide answers to all the important questions including:

This year will see a change to the blog, with a rotation of authors ready to give you their take on the week that was and the week that’s about to come, but to kick things off, let’s have some way too early predictions about who Alec Baldwin will be roasting and rewarding at the end of the season……

Game of the Week
Bears @ Rams

2 NFC powerhouses from last year square off in week 1. No one could really stop the Bears offence last year, whilst the Rams offered up one of the best defences in the whole league so this is sure to be a tightly contested affair. The Bears improved their O and D Lines in the draft,  and will hope to win the battle of the trenches against Aaron Donald and co early on and free up room for Cook and Langford to establish a strong run and PA game. The Rams on the other hand have very much the same roster that got them to the superbowl….and will be relying on Gurley and Austin to carry the offence on their backs once again.

A real humdinger to kick off the season, with the Rams using home field advantage to eek out a crucial early season intra-conference victory.