After taking a Weeks break whilst visiting the International Series Game in London, TotW returns for Week 12 as the OOH Original Madden league winds its way rapidly to the business end of the season. There’s a great slate of games this week, with 3 previewed in depth below 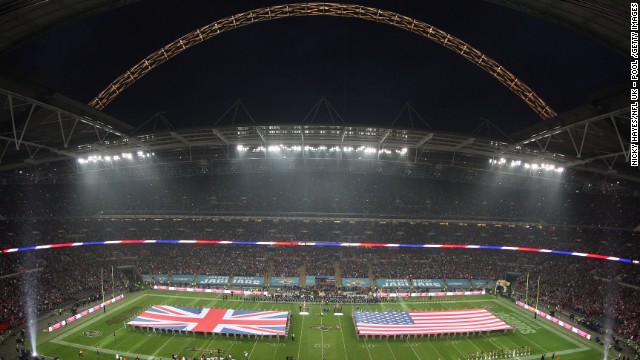 Wembley once again played host to the 15th International Series game to be played in the UK last weekend.

Undoubtedly the game of the week, and one of two intra-division classics this week, as the two at the top of the AFC North do battle for the first time this season.

Baltimore (7-3) find themselves one game back, but will take into the game home field advantage and the stingiest defence in the NFL against the Bengals (8-2) who boast the AFCs best offence. It’s a sure-fire classic in the making!

After blowing a late lead and ill-times penalties cost them last week v Dallas, the Ravens will be desperate to make amends and prove their post-season credentials are legit. The Bengals on the other hand continue to roll offensively, scoring over 30 points a game, and will need to hope the Red Rifle doesn’t have one of him infamous prime-time meltdowns.

TotW prediction – Defence and Home field crowd to carry the Ravens to a tight victory, and see the AFC North title race get tied up with five games to go.

The Vikings (7-3) defence is replicating their real-life counterparts and have helped carry this Vikings team to a strong start in a division that was expected to be a JR and Midgetmoose oligarchy at the start of the season.

A 7-3 start sees them tied for the division lead, and a victory for the Vikings here over the Lions could see the Lions (5-5) slip below .500 and could prove critical to their post season hopes, whilst the Vikings will be eyeing up the Bears for what will undoubtedly prove to be a tasty Week 17.

Whilst the Lions have shown some promise, a poor run game and an inability to see out games has cost them dearly and will surely be looking towards free agency and the draft to come back stronger next year.

We remain in the NFC for our 3rd preview, as the LA Rams (8-2) travel to the Superdome to take on the Saints (7-3) in a game that promises to be a real humdinger. The Rams D has performed as expected, with Aaron Donald and CO. tearing through O-lines with alarming regularity. The Rams have given up a miserly 17 points per game, and the Saints O, the 3rd strongest in the NFC with 29 points per game will have to bring it’s A game.

Win for the Rams and the pressure continues to be applied on the division leading 49ers (who they play in week 16) and gives them some semblance of control over one of the wildcard places. A defeat and all focus will have to be switched to securing the W/C

The Saints likewise are in a tight division battle, with a slender 1 game lead over the Falcons, and will be keen not to fall back in to a tie, with Atlanta expecting to beat Arizona this week.

Next week will see an in-depth analysis of each division as we enter the final quarter of the season, including final standing predictions and the key games to look out for in the coming weeks!