We bid farewell to Si

We start on some sad news, as the league had to say goodbye to Si. An injury suffered in the off-season meant that his xbox has had to retire from Madden, and left the Packers struggling through the first 6 games of the season as they tried to fill the void.

The good news however is that Andre (Mr.Meme himself!) has been promoted from the practice squad of OOH gameday, and is ready to go ahead of his debut in the big leagues v JR’s Chicago Bears. Its a baptism of fire for Andre, who finds himself in a very competitive division, and will already have the vultures circling for his Green Bay players  before the Week 8 trade deadline. 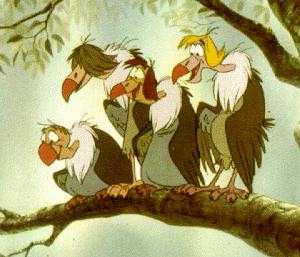 Andre’s debut in the Originals league couldn’t be much tougher, facing a divisional rival and one of the strongest players in the league. The CPU has struggled to win games so far with the Packers, and Andre will likely be spending this season getting the team into his way of working, whilst the Bears are looking to cement their position as king of the NFC North. The Bears have been extremely active in the trade market this year and the recent acquisitions of Aldon Smith and RG3 adds a bit more flair for the fans to enjoy on the shores of Lake Michigan.

NYG vs LA
BAL vs. NYJ
BUF vs MIA
CLE vs CIN
IND vs TEN

A big division game, as the Colts look to hold on the the coat-tails of the Titans atop of the AFC South. This game is destined to be a shootout, with both GM’s expressing on a weekly basis their disappointment at their respective defences. A victory here for the Titans will put them in a nice position in the division, heading into an extremely tricky 2nd half of the season, whilst the Colts will look to use this game as a springboard to a better 2nd half of the year. The Colts also this week picked up HB Jeremy Hill from the Bengals and will be looking to establish a more effective running game that has thus far struggled with Frank Gore and rookie Josh Ferguson.
MIN vs PHI
NO vs KC
OAK vs JAX
WAS vs DET
SD vs ATL
TB vs SF
NE vs PIT
SEA vs AZ
HOU vs DEN
The Winners of this week’s games will be

Next week, we will have a preview ahead of the Trade deadline and analyse who might be buyers, whos going to be selling and what big names could we see move.